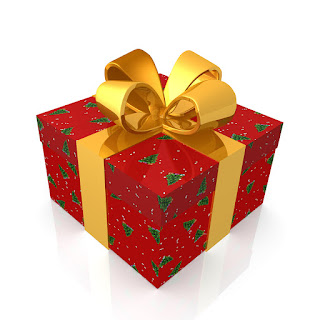 Visiting my friend and neighbour on a Thursday morning, as usual, a couple of weeks ago, I was a bit confused during the conversation when she asked "Did you have your manicure?"    Not quite understanding where the conversation was going I said "I did my nails myself".    "Oh yes I know you do them yourself but haven't you used the gift voucher I bought you for Christmas?"

I must have looked suitably confused because she then asked me what she had given me for Christmas.  I thought back and described what was in the gift bag I had opened on Christmas Day.  "Yes but there should have been an envelope in there with a gift voucher for a manicure as well" she insisted.   I said I hadn't seen one.   As she is virtually housebound and can't really do her own shopping her daughter does it for her so she said she would check with her daughter that she had indeed purchased the gift voucher.   I felt terrible but there wasn't much I could do other than thank her for the thought and apologise for not being more observant.

A couple of days later she told me she had checked with her daughter who had confirmed there was definitely a voucher with the gift but she would check with the salon (one she goes to weekly) if they could issue another voucher.   I thanked her but begged her not to go to any trouble as it is the thought that counts and it was my own fault I'd missed that part of the gift.  Later that day I decided to look through my collection of gift bags, I don't usually discard gift bags as one can usually use them again, to see if I could find the one my neighbour had used for my Christmas present and, lo and behold, there was the plain white envelope containing the gift voucher!  Luckily it was valid for six months so I still had plenty of time to use it.   I telephoned my neighbour to tell her the good news and she was delighted.

Anyway, the point of all this is to say I used my belated Christmas gift yesterday.   MWM and I had a day to ourselves so we caught the bus into the next town, did a little shopping and then went for lunch at a favourite haunt,The Trackside, which happens to be just around the corner from the salon that issued the gift voucher. MWM read his Kindle whilst enjoying a pint of real ale whilst I went for my manicure, then when I returned we had another drink before catching the bus home.

February 14th means nothing to us

No flowers, no card, no chocolates will we see.

No gifts for us, no spending spree.

We don't need a special day, organised by industry, to say

We say it every day,

True valentines us, we are in love.


Friday 55 Flash Fiction is brought to you by G-man (Mr Knowitall). The idea is you write a story in exactly 55 words. If you want to take part pop over and let G-man know when you've posted your 55.
Thoughtfully composed by Akelamalu at 16:25 19 comments:

since I started this blog!

I started it to keep a record of my progress after I had a knee replacement, little did I know then that six years later I would still be writing.

My writing has slowed down a lot over the years, I mainly just write about our holidays and trips now with the occasional Flash Fiction thrown in.  I have no idea how much longer I will be writing on this blog but do not have any plans to stop in the near future.

So, help yourself to a piece of cake and a glass of bubbly to help me celebrate my 6th Blogversary. 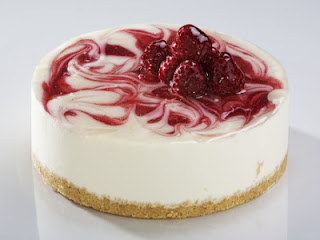 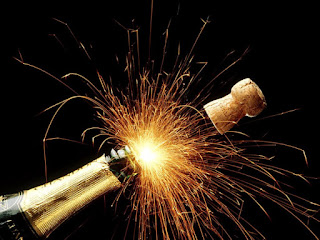 Thoughtfully composed by Akelamalu at 07:00 29 comments:

This story happened a while ago in Dublin , and even though it sounds like an Alfred Hitchcock tale, it's true.
John Bradford, a Dublin University student, was on the side of the road hitchhiking on a very dark night and in the midst of a big storm. The night was rolling on and no car went by.
The storm was so strong he could hardly see a few feet ahead of him. Suddenly, he saw a car slowly coming towards him and stopped. John, desperate for shelter and without thinking about it, got into the car and closed the door.... only to realize there was nobody behind the wheel and the engine wasn't on.
The car started moving slowly. John looked at the road ahead and saw a curve approaching. Scared, he started to pray, begging for his life. Then, just before the car hit the curve, a hand appeared out of nowhere through the window, and turned the wheel. John, paralyzed with terror, watched as the hand came through the window, but never touched or harmed him.
Shortly thereafter, John saw the lights of a pub appear down the road, so, gathering strength; he jumped out of the car and ran to it. Wet and out of breath, he rushed inside and started telling everybody about the horrible experience he had just had. A silence enveloped the pub when everybody realized he was crying... And wasn't drunk.
Suddenly, the door opened, and two other people walked in from the dark and stormy night. They, like John, were also soaked and out of breath. Looking around, and seeing John Bradford sobbing at the bar, one said to the other....

Look Paddy....there's that idiot that got in the car while we were pushing it.'
Thoughtfully composed by Akelamalu at 06:52 29 comments:

1st February - the day destined for my demise.

Thirteen years service to my country, now it's the end.

I've never been popular, too small everyone complained.

They will be sorry, the price of everything will go up when they get rid of me.

The halfpenny coin ceased to be legal tender on this day 1984.

The last line is so true, all prices were rounded up not down!


Friday 55 Flash Fiction is brought to you by G-man (Mr Knowitall). The idea is you write a story in exactly 55 words. If you want to take part pop over and let G-man know when you've posted your 55.
Thoughtfully composed by Akelamalu at 07:00 17 comments: