Our last day in Eastbourne dawned bright and not too cold and our plans were to explore the place itself and go to an exhibition that had been recommended to me by Hilary, a new blog friend who just happens to live in Eastbourne.

After breakfast we set off walking along the promenade 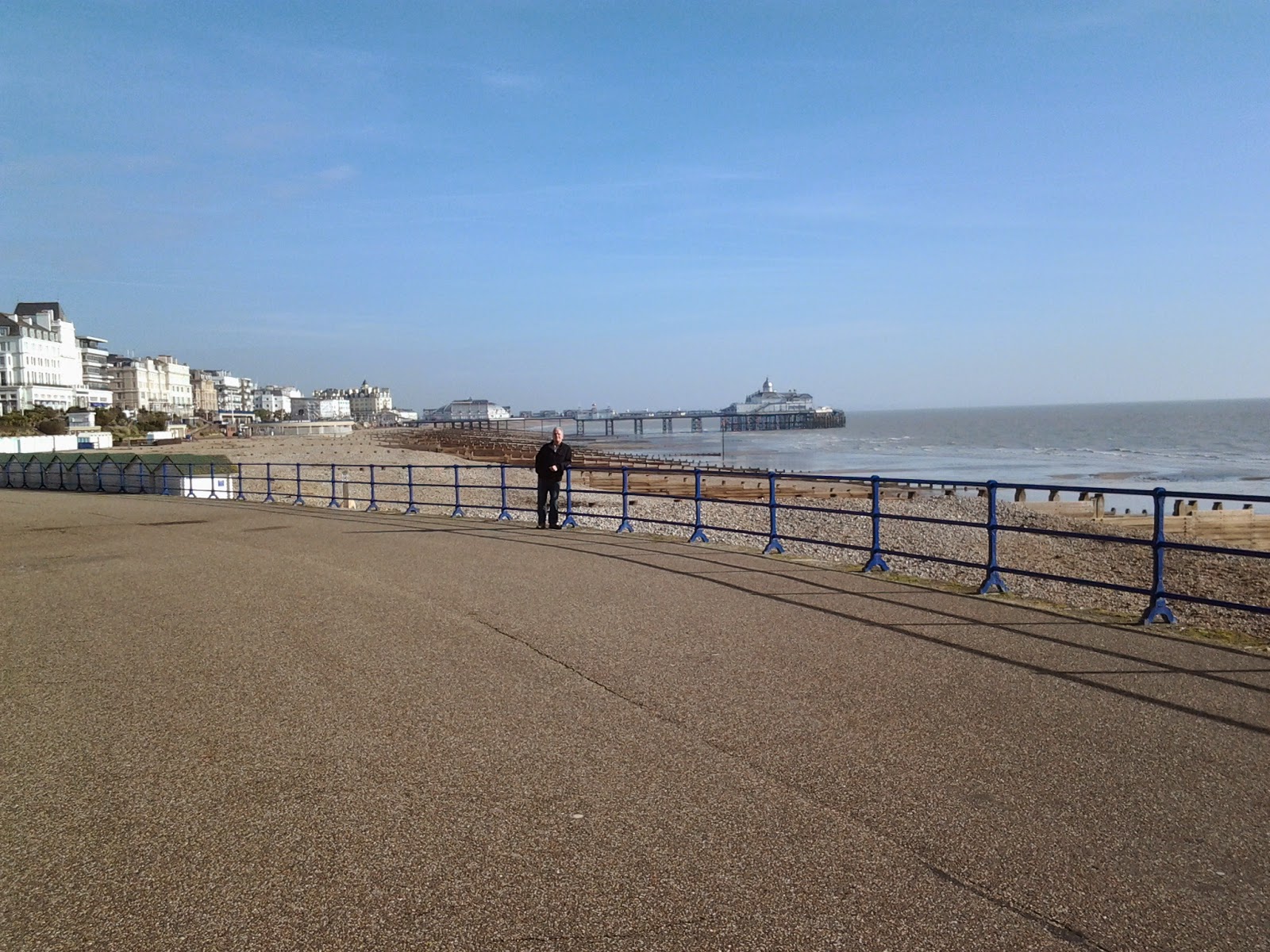 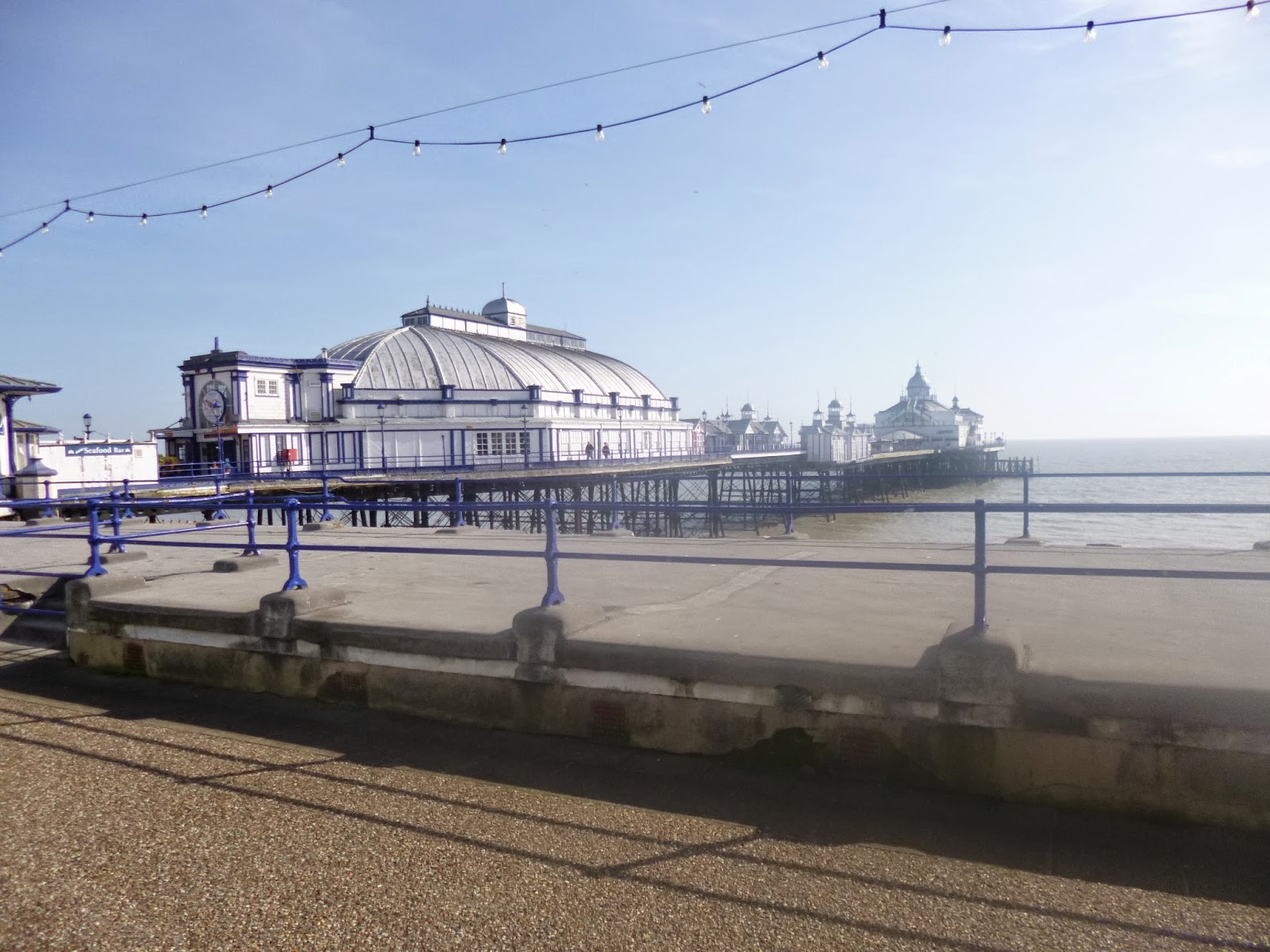 where we took some photos of the the promenade looking back from the pier, 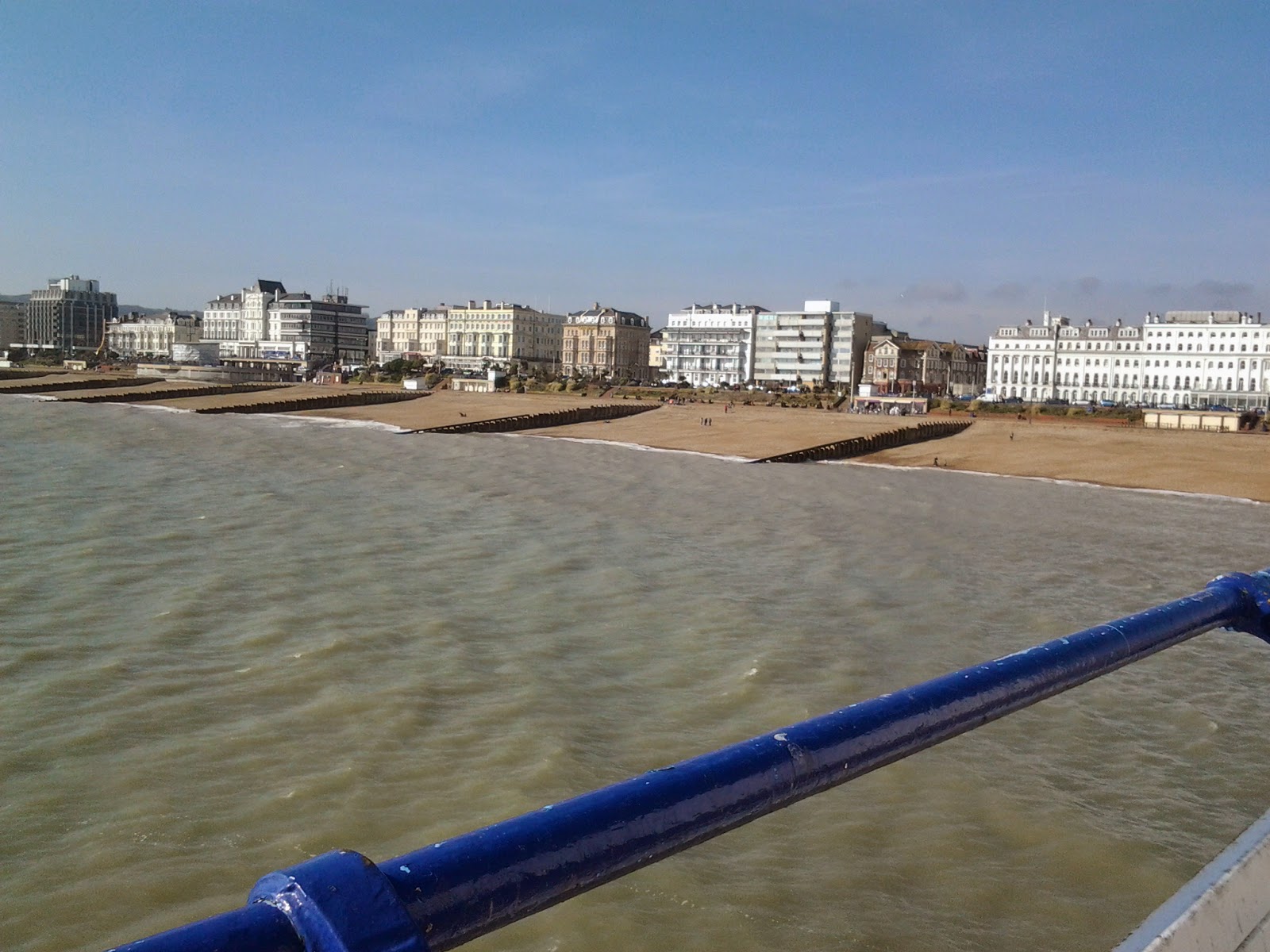 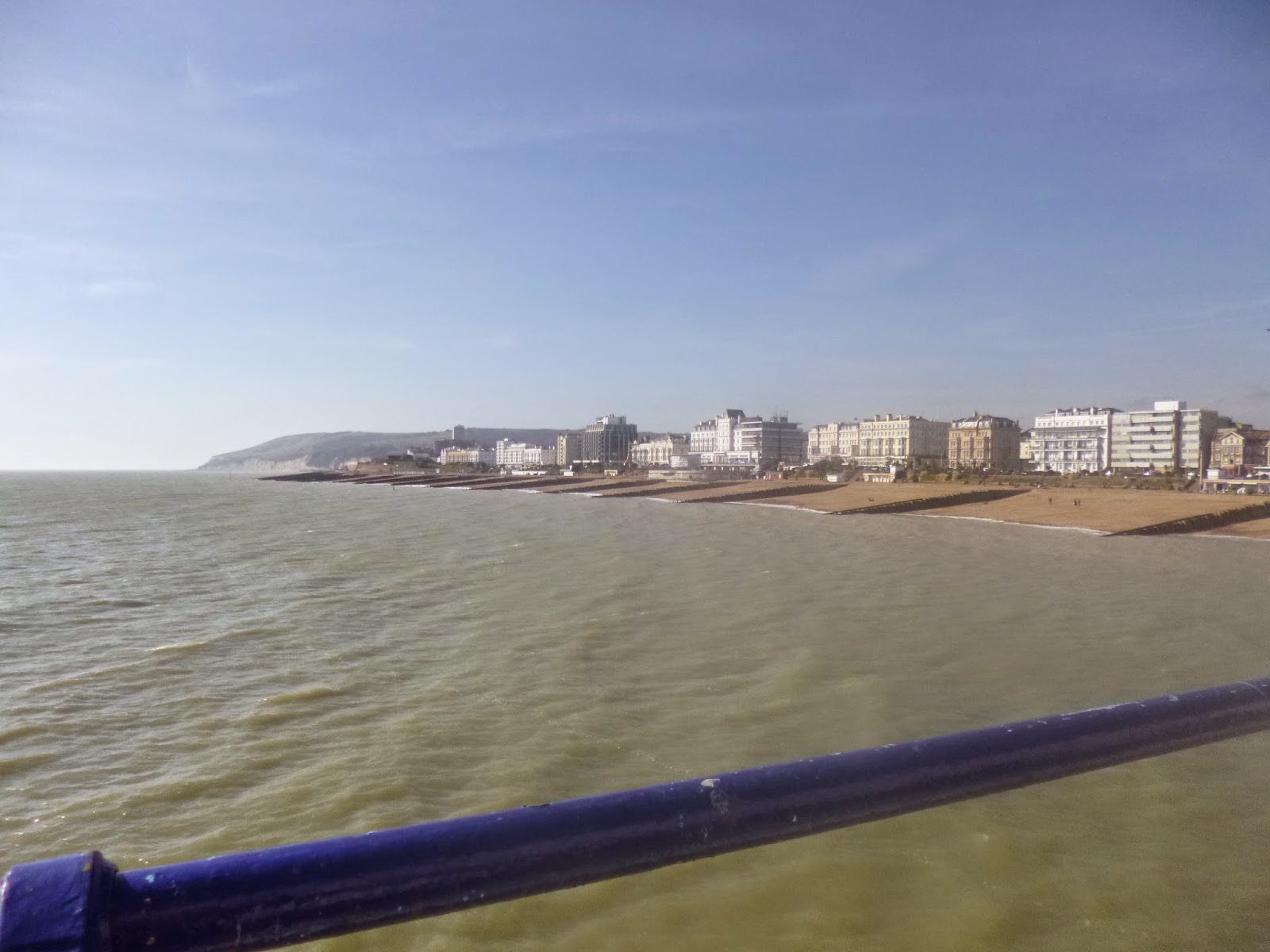 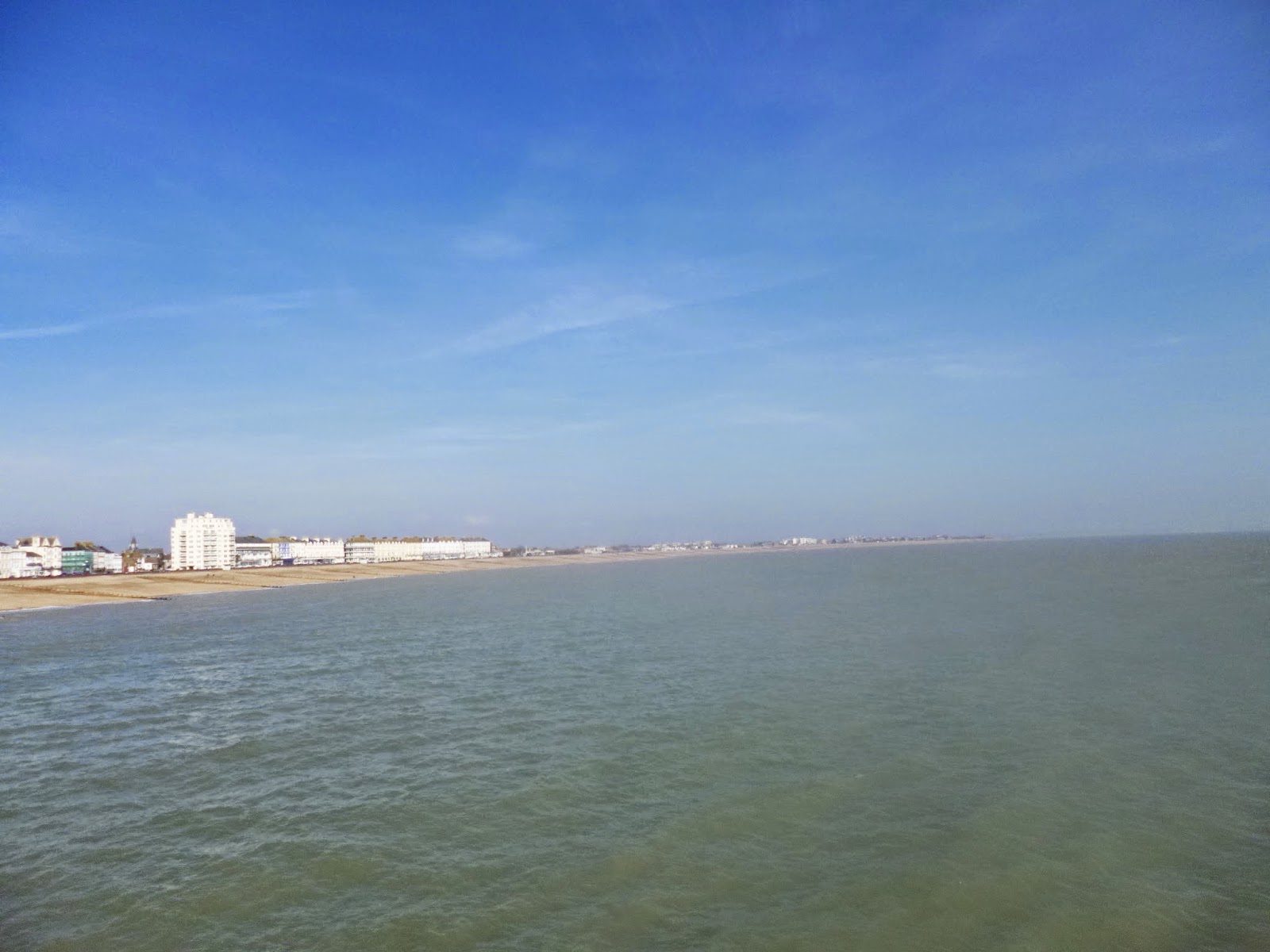 before continuing our journey to the The Pavilion at the  Redoubt Fortress and Military Museum, where the exhibition was taking place.

The Redoubt was built between 1804 and 1810 to support the associated Martello towers in defending against the threat of an invasion by Napoleon.   It has defended the Eastbourne coast for nearly 200 years. Like its twin Dymchurch it was built as a barracks and supply depot for the towers, and designed for 11 guns, although only 10 guns were installed. During the First World War the military police used the Redoubt as a headquarters and temporary jail.

Following this, Eastbourne Borough Council purchased the Redoubt for £150 with the plan to turn it into a venue for leisure activities. During the Second World War army requisitioned the building to use for storage.  Canadian troops also spent time there in the build up to the D-Day landings. After the war, the Redoubt was home to a model village and an aquarium.  The model village was vandalised in the 1970s, and the aquarium closed in 1996.

After the mile and a quarter walk from our hotel to the Redoubt we were ready for a sit down and a coffee so we headed into the restaurant/cafe before going into the exhibition.

The Eastbourne Ancestors exhibition follows the biggest project of its kind, which saw scientific analysis of human remains dating back to the Bronze Age.  With discoveries including a rare African lady dating back to Roman times, found nearby at Beachy Head, the exhibition includes 3D and 2D facial reconstructions and a chance to see their story, with scientific results telling us, where they resided, what they ate, what they did for a living, their social status and how they died. You can read more about it here.

There was also the opportunity to dress as an Anglo Saxon, which MWM took advantage of, much to my amusement. 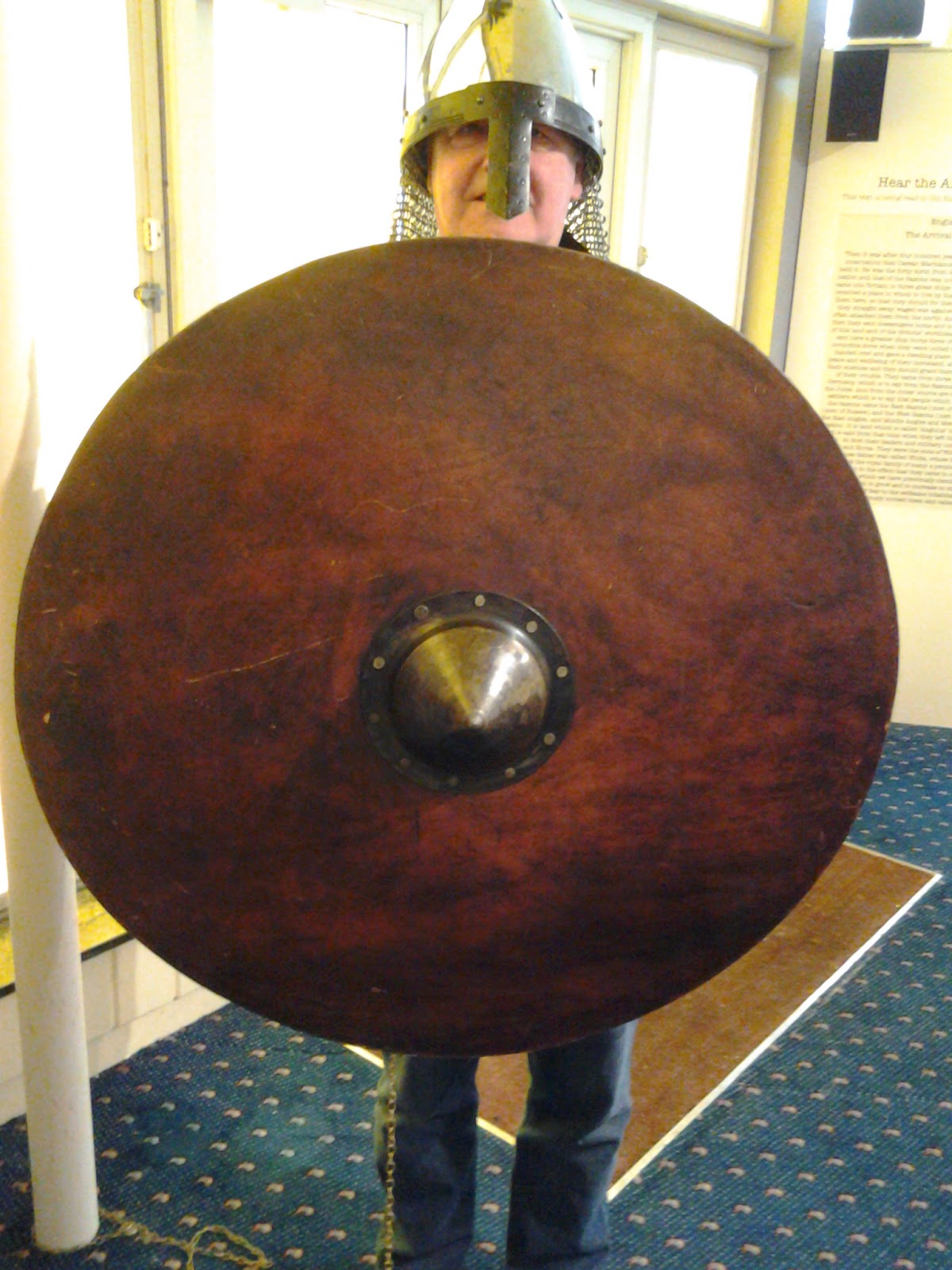 It was a fascinating exhibition and I would certainly recommended you see it if you happen to be in Eastbourne, it's on until November I believe.

After the exhibition we headed towards the shopping centre for a mooch round the shops before having lunch in a local hostelry, then more shopping followed by another walk along the promenade, sitting for a while enjoying the sun, then making our way back to the hotel for a rest before dinner. 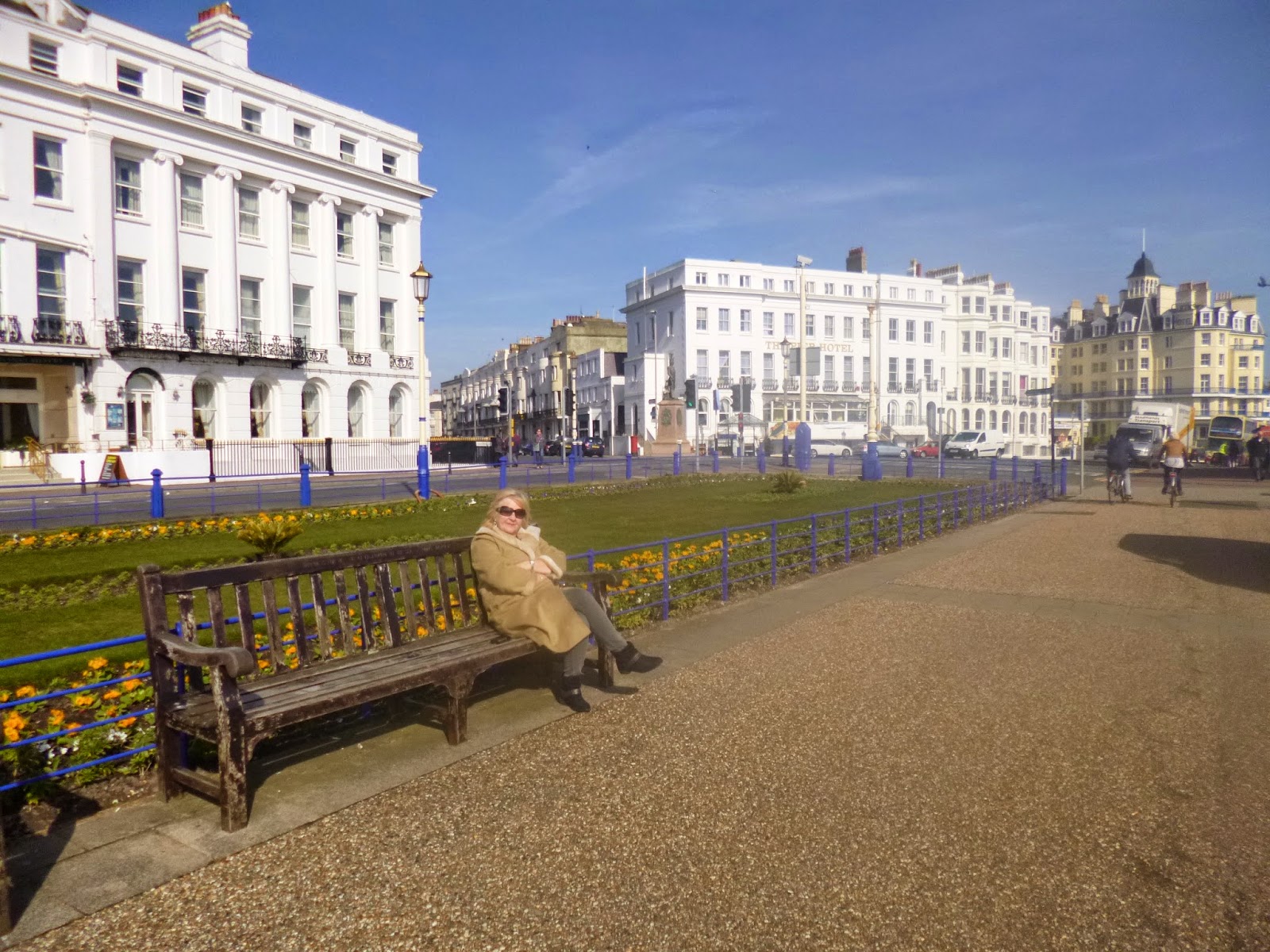 After dinner we enjoyed the live entertainment and then it was time for the raffle draw, for which we had been buying tickets over the course of the week, and guess what? We won first prize, a £50 voucher off our next holiday with the travel company (which we use a lot)!


We enjoyed a good night's sleep and a hearty breakfast the following morning before setting off on the long journey home.    We thoroughly enjoyed our visit to Eastbourne and the surrounding area and can heartily recommend it.

Now I really must get back to telling you about our adventures in Canada before our next trip in a few weeks time!

Thoughtfully composed by Akelamalu at 14:21 13 comments: